Cardiff International Academy of Voice directed by Dennis O ‘Neill performed a Gala concert dedicated to Giacomo Puccini this evening in the Teatro dei Differenti in Barga. Students from the Academy have been here in Barga since the 5th April when they where joined by the choir Cor Caerdydd for a sacred concert of religious music at Barga’s cathedral, Il Duomo. During their time in Italy, the students have also been working on the staging of two operas – Il Signor Bruschino by Rossini and Acts 3 and 4 of Puccini’s La boheme – with the director Carlo da Prato and conducted by Massimiliano Murrali. These will be performed later on this month here in Barga on the 16th and in Florence on the 18th April. 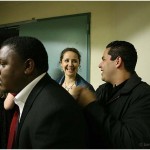 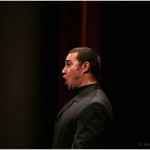 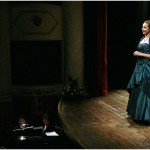 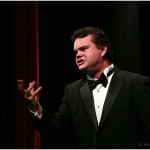 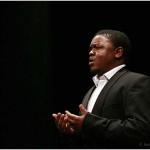 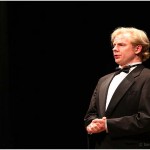 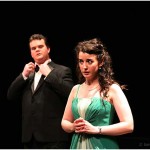 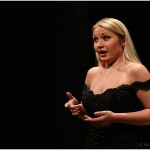 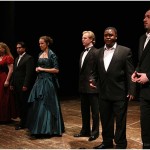 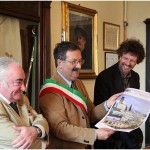 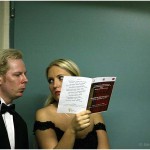 This is the second time that students from the Academy have been guests here in Barga , but this year’s program is longer and more intensive.

The Academy, which is directed by renowned Welsh tenor Dennis O’Neill provides vocal, musical and stylistic coaching to some of the most exciting talent in world opera (their site is here)

This morning Dennis and the complete student body were presented prizes by the Mayor of Barga Umberto Sereni. It was also announced in the Palazzo Pancrazi that Dennis O Neil will be presented in July with the Premio San Cristoforo d’Oro (Golden St Christopher medal) named for Barga’s ancient patron, Saint Christopher, which are presented each year to celebrate extraordinary contributions to the town and its people. (article here)

“This is the first time many of us have performed in Italy – it’s a huge privilege to be working in such beautiful surroundings and in the country where opera was born. We’re all very excited indeed. ” – Soprano Elizabeth Franklin-Kitchen

Click on the link below to hear a short section of the music from tonight’s performance in the Teatro dei Differenti: